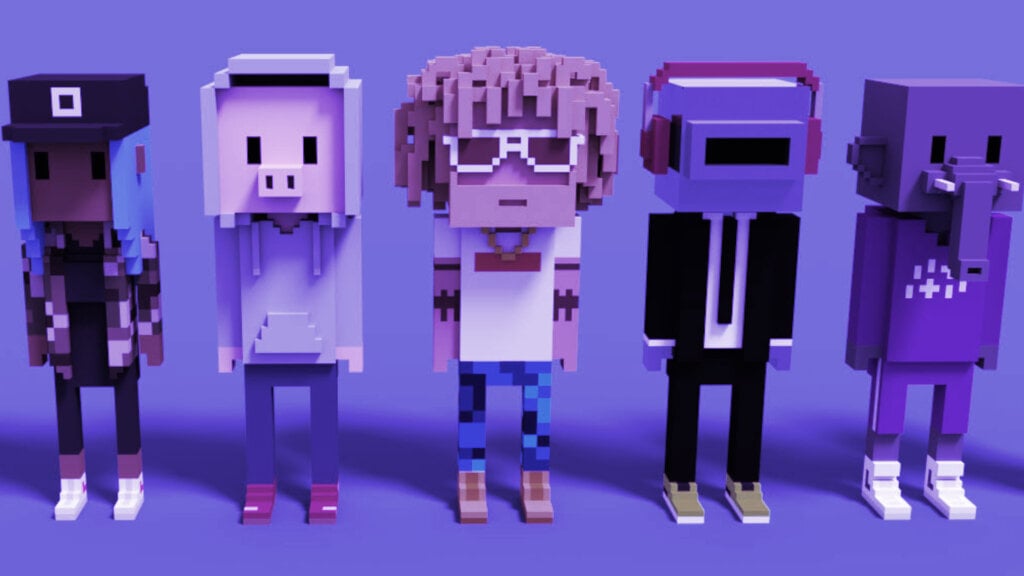 Where CryptoPunks were pixelated 2D icons, Meebits are 3D avatars rendered in voxels (pixels with volume—hence, “voxels”). They’re algorithmically generated, and attached to NFTs on the Ethereum blockchain, which means the standard ethical concerns apply.

With their blocky arms and vaguely cuboid heads, Meebits may remind you of the 3D characters from Minecraft or Roblox. That’s by design, according to a press release. “We think that, just like 8-bit pixel art, the minimalism and accessibility of voxel art will prove timeless and endearing for generations to come,” write the developers.

Larva Labs is Matt Hall and John Watkinson; they came up with the idea for CryptoPunks in 2017, some months before the CryptoKitties phenomenon. The icons have since become a hot commodity among crypto’s nouveau riche, with some selling for upwards of $7 million. There’s even a Twitter bot dedicated to tracking CryptoPunk transactions.

If you already own one of Larva Labs’ previous NFTs (that includes the studio’s second generative NFT project, Autoglyphs), you can claim a free Meebit for the next seven days. Whichever Meebits aren’t claimed by the end of the week, of the 20,000 total, will be sold directly from the company. So far, these NFTs have already generated 1,120 ETH in sales on the resale market, according to data from OpenSea. That’s more than $3.7 million at today’s prices.

Part of the appeal of CryptoPunks is scarcity: there are only 10,000 total CryptoPunks, but even with double the supply, Meebits are poised for success: one already sold for nearly $675,000 earlier today.