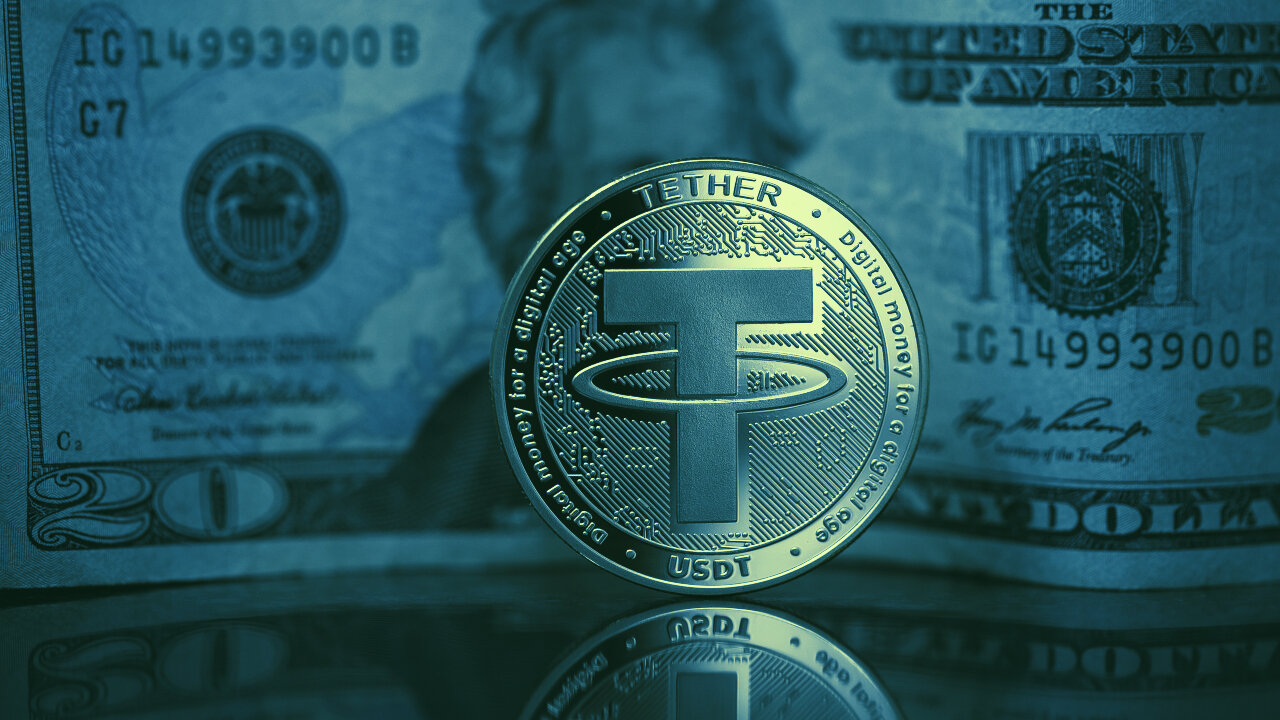 Tether, the most widely traded crypto asset in the market (even more than Bitcoin), yesterday hit the $50 billion mark in terms of market cap. It’s an impressive milestone for the controversial stablecoin: just in February it stood at $30 billion.

What’s more, there’s now more Tether (USDT) being used on Tron’s blockchain than on Ethereum: $1.6 billion-worth more, to be exact. Right now, the amount of Tether on Tron is $26 billion; on Ethereum it is $24.4 billion, according to Coin Metrics data.

So what does that say about the state of the crypto market?

Tron is a decentralized platform designed for content creation. It’s similar to Ethereum in the sense that it uses smart contracts, dapps and digital wallets—but it’s more “entertainment” based. The vast majority of the activity on the Tron blockchain takes place on gaming and gambling applications, according to a February 2020 DappRadar report.

Tether is a stablecoin that is “pegged” 1:1 with the US dollar, meaning that the coin’s value is designed to hold steady. There is some controversy, however, over whether Tether is truly backed by US dollar reserves—the company has never had its reserves independently audited, and it just recently settled a fraud investigation with the New York Attorney General’s Office, which saw it booted from the state.

Nevertheless, on-chain data demonstrates that the coin is extremely popular, especially in Asia, according to crypto tracing firm Chainalysis. It remains the most widely traded cryptocurrency by a considerable margin.

Those in the cryptocurrency world use Tether because for a number of reasons. But it is mostly useful for exchanges. Tether trading pairs (i.e. Bitcoin/Tether) are a common way to denominate prices in fiat currency, like dollars or yen, as it is easier to get your head round.

Using Tether is a way of using fiat that flows out of a traditional bank account—especially if a crypto exchange doesn’t deal with, say, British or American bank accounts.

Ethereum is in some ways a victim of its own success: the network is being used by so many people, it’s chugging along slowly. In order to make transactions on Ethereum, one needs to pay “gas fees”—the variable cost of using the network, which goes to the decentralized group of people who help keep it running.

And with so many people using Ethereum, the cost of making a transaction is high.

So, users are switching to the Tron network. “Ethereum has been really expensive to use thanks to high gas and high Ether price,” Jeremy Ong, who works in business operations at the crypto research firm, Delphi Digital. “The Tron network is very cheap to use in comparison.”

Ong told Decrypt that moving Tether about—from one exchange to another—is very common, and doing that on Ethereum’s blockchain is costly. So users do it via the Tron blockchain, and pay a lot less. “USDT on the Tron network is primarily being used for inter-exchange transfers,” he said.

But why would there be such high demand to move Tether about? “Some assets—typically smaller ones—and/or derivative contracts are exclusive to specific exchanges,” Ong added. “Also there are arbitrage opportunities for derivative funding/premium between exchanges.”

Ong also told Decrypt that this would be temporary. “I view Tron as a band aid solution to provide relief for inter-exchange traders,” he continued. “As of now, we’re still waiting for Ethereum scaling solutions to gain network effect and adoption among centralized exchanges.”

By “scaling solutions” Ong was, of course, referring to ETH2—Ethereum’s long-planned network upgrade that hopes to solve problems, like high costs.

And until that is fully functional, crypto traders will likely continue to put their billions elsewhere.